Welcome to Myrons Mopeds – Moped Laws – California (each state and country is different). 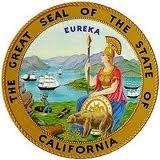 There has been confusion throughout the state of California ever since 1996 about the moped laws. Most people think you don’t need a license, if it’s under 50cc and has pedals. The confusion comes from the dual definition of motorized bicycle, which came out in 1996. In the 1970’s when mopeds came to the USA, you did not need a license. Ever since about 1981 you have needed a drivers license on a moped. Since 1989 it’s been a motorcycle class license. From 1996 to 2014, 20 mph 1000 watt electric bicycles don’t need a license. Since 2000, motorized scooter laws came out. In 2014, electric bicycle speed and power limits became 28 mph and 750 watt. California has more motorbike and oddball vehicle laws than most states.

In a nutshell, the California laws for mopeds are the same as motorcycles, except for the motorized bicycle license plate. The requirements are M2 or M1 drivers license or permit, liability insurance, helmet, moped license plate, plus street legal lighting and safety equipment.

312.5(a) Electric bicycle: is a bicycle with operable pedals and an electric motor of less than 750 watts.

405  Motor-Driven Cycle: any motorcycle less than 150cc, but not a motorized bicycle.

407 Motorized Tricycle or Quadricycle: 3 or 4 wheels, gasoline motor, under 2hp, under 30mph.

415 Motor Vehicle: any vehicle that is self-propelled. Exceptions: Motorized wheelchairs, motorized tricycles, and motorized quadricycles are not motor vehicles when driven by disabled persons or senior citizens who are unable to walk. A toy, HSC 108550, is also not a motor vehicle.

467(a)  Pedestrian: a person who is afoot or (1) propelled by human power, other than a bicycle, or (2) an electric personal assistive mobility device (EPAMD).

467(b)  Pedestrian also includes a person who has difficulty walking and is operating a motorized wheelchair or motorized tricycle.

4020. Motorized bicycles are exempt from registration.

5030 Motorized Bicycles 406 (mopeds) are required to have a special license plate.

The DMV Form 230 Motorized Bicycle Instructions and Application (PDF) is one form for four purposes.
1. for original application (when the moped has never had a CA moped plate)
2. for transfer of ownership (when the moped has or once had a CA moped plate, and is sold)
3. for lost plate or document (when either the license plate is lost or the registration document is lost)
4. for if the vehicle has been destroyed or dismantled

The form says to mail it to the Sacramento main DMV. Most of the local DMV offices cannot process Form 230.
The form does not say the fee amount. It was only $5 in the late 80’s and early 90’s.
Since he 2000’s, sending $20 has always been enough. It usually takes 2-3 weeks, but occasionally 2-3 months.

23135  Unlawful to drive a modified moped

12500  Unlawful to drive a motor vehicle, motorcycle, or motorized bicycle unless licensed.

12502 A nonresident may operate a motor vehicle with a license from their home jurisdiction.

12503 An adult nonresident whose home state or country does not require a drivers license may operate a motor vehicle owned by him without a license for a period of 30 days.

12509(d) For motorcycles and mopeds, must not carry a passenger or drive at night or on freeways.

12513(a) Only issued when there is absolutely no other means of transportation to and from school.

12514 The Junior Permit can last until age 18, but is revoked if violations occur.

12804.9(h)  Any licensed driver may operate a short-term rental moped without an M2 endorsement.

12814.6 Special Drivers License for persons under 18: Requirements and Restrictions.

12814.6(a)(4to5)  Must have completed drivers education, drivers training, and 50 hours of practice driving.

21200 Bicycles driven on public streets are subject to same laws as motor vehicles.

21200.5 Unlawful to drive a bicycle while under the influence of alcohol or drugs.

21201(a)  Bicycles must have a rear brake that can skid the tire on dry pavement.

21201(b)  Bicycle handlebars must be below the level of the operator’s shoulders.

21201(c)  Bicycle size must be small enough to stop with at least one foot on the ground.

21201(d)  Bicycles at night must have headlight, rear reflector, pedal and side reflectors.

21201.5  Unlawful to sell a bicycle without reflectors.

21202  Bicycles must stay on the far right of the road way unless it’s unsafe to to so.

21203  Unlawful to hitch rides on another vehicle..

21204  Unlawful to ride a bicycle in any position other than astride a permanent seat.

21205  Unlawful to carry an object that prevents keeping at least one hand on the handlebar.

21206  Local authorities may regulate the operation of bicycles on sidewalks.

21207  Local authorities may establish bicycle paths that are separate from roadways.

21208  When a bicycle lane is alongside a roadway bicycles must ride in it.

21209  Motor vehicles are not allowed in bicycle lanes.

21210  Unlawful to park a bicycle on the sidewalk in a way that blocks pedestrian traffic.

21211  Unlawful for a pedestrian or a vehicle to block a bicycle path.

21212 Persons under 18 years old must wear a bicycle helmet when operating a bicycle.

21220 Intent of the Legislature

21223 At night must have headlight and reflectors

21224 Insurance and registration not required

21227 Motor must cease to function when throttle is released

21228 When making a left turn, must stop, dismount, and cross the road as a pedestrian

21229 Must stay in bicycle lane if the roadway has one

21230 May drive on bike trails, unless local authority prohibits.

21663  Unlawful to operate or move a motor vehicle on the sidewalk, except electric carts used by postal workers, electric wheelchairs and motorized tricycles used by disabled and elderly.

21100.4  Local authorities may regulate electric carts used by postal workers on the sidewalk.

21114.5  Local authorities may allow electric carts on the sidewalk, when operated by postal workers, disabled persons, or persons over 50 years old.

21716 Golf Carts may be driven on streets with a 25mph or less speed limit.

21966  Pedestrians not allowed to walk in bicycle lanes when there is a sidewalk next to it.

21967  Local authorities may regulate the operation of skateboards on streets and sidewalks.

21968  Unlawful to operate a motorized skateboard on any street, bike lane, or sidewalk.

21969  Local authorities may regulate the operation of roller skates on streets and sidewalks.

24016(a)(1) Must meet same federal safety standards as for bicycles.

24016(a)(2) Motor must cease to operate either when brakes are applied or switch is released.

26709  Mirrors required:1 on motorcycles, 2 on cars, must have clear view of what’s behind.

27150 All motor vehicles must have an adequate muffler.

27800 Unlawful to carry a passenger on a motorcycle or motorized bicycle unless it’s equipped with a passenger seat and passenger footrests.

27801(a)  Unlawful to drive a two-wheel motorcycle with a seat height that prevents the driver’s feet from reaching the ground when astride the seat,

27801(b)  or with handlebars higher than the level of the driver’s shoulders.

27802  Motorcycle helmets must meet federal standards and be approved.

27803(a) Drivers and passengers of motorcycles and motorized bicycles must wear helmets.

Persons who have had their drivers license suspended because of a DUI, or revoked because of poor vision or a medical condition such as epilepsy, are sometimes granted an M2-Only driving permit, to-and-from work or school only. The person must be in otherwise good standing for this exception.

Sometimes mopeds are allowed on certain freeways. Every freeway on-ramp has a sign that says “Pedestrians, Bicycles, Motor-Driven Cycles Prohibited”. But on certain stretches where there are no parallel surface roads, bicyclists have lobbied to have the signs removed, or sometimes just the word “Bicycles” blanked out. Wherever they allow bicycles on, there’s always a sign later that says “Bicycles Must Exit”. Local examples are I5 through Camp Pendleton (bicycles only not mopeds), between San Clemente and Oceanside, I15 through the Cajon Pass, from Cleghorn Rd to Hwy 138, I15 through Rancho Bernardo at Lake Hodges. Through ths Santa Ana River corridor along the 91 Freeway there’s a 2 mile strip of bike path, from Green River Rd to Gypsum Canyon. See Laws/Caltrans Policies for how light motorcycles are unfairly prohibited on these and other corridors. Long distance bicycling guide books are a good source of information. So is CABO, California Accociation of Bicycling Organizations website.