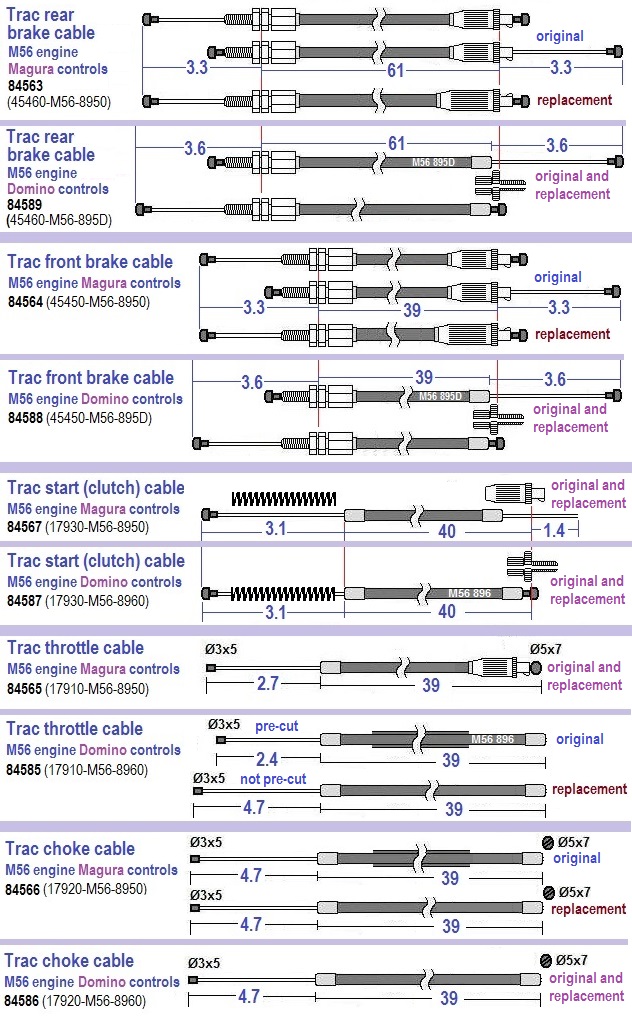 1982-84 Trac (Laura M56 engine) had a M56 engine, Encarwi carburetor and Magura controls. They were partial remakes of 1978-80 Batavus mopeds. So the throttle, choke and start cables are (almost) the same as “late” Batavus.

There were two kinds of wheels, spoke or mag. Trac spoke wheels had different hubs and brakes, Duck Chang, not Leleu like on Batavus. So the “early” Trac brake spoke wheel brake cables are slightly different from early Batavus. 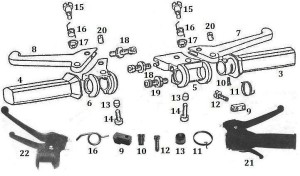 1984-86 Trac (Laura M56 engine) had a M56 engine, Encarwi carburetor and Domino controls.  So all the cables are different from late Batavus.

This entry was posted on Tuesday, December 1st, 2020 at 7:47 am and is filed under Trac Cables. You can follow any responses to this entry through the RSS 2.0 feed. Responses are currently closed, but you can trackback from your own site.