6a and 7a chrome
are the same on top

6a wide and 7a ext. are
very different on bottom 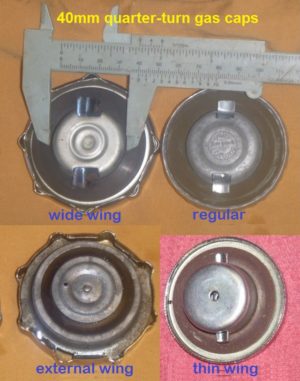 The push-in gas caps 10a, 10c, 10d, 10f have a thick rubber ring that is made too large, 34-35mm. Right out of the package it is too big to enter a 32mm gas tank filler neck, even with grease and care. The rubber ring must be ground down to reduce the outer diameter to 33mm. This makes the price a few dollars more. 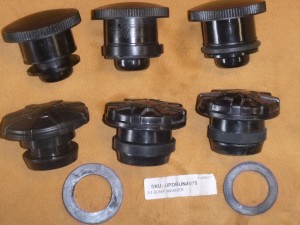 This fits Benelli G2, Moto Guzzi Robin and others.

This cap 16c looks similar to 16a, but threads are coarser. The ridges on top are evenly spaced, but on 16a they are in pairs.

18b pop-up locking chrome
for General, Lazer top tank
with 2 keys, none available 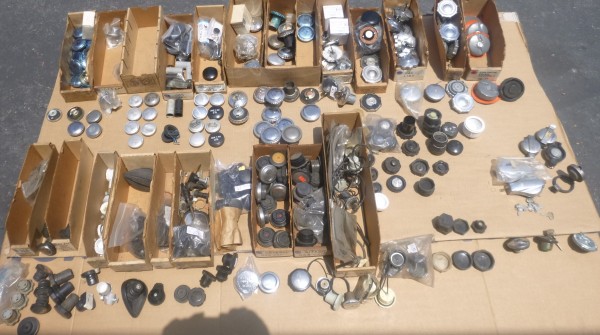 This entry was posted on Sunday, July 13th, 2014 at 3:50 pm and is filed under Gas Caps. You can follow any responses to this entry through the RSS 2.0 feed. Both comments and pings are currently closed.